Greenmont Capital has been making Impact investments in high growth consumer products since 2004. In 2008, Greenmont II became a GIIRS Pioneer Fund, B LAB's comprehensive rating system of a fund's social and environmental impact. Our operations are strategically located in Boulder, Colorado, a city widely regarded as the epicenter of the natural products industry.

Greenmont II management seeks investment opportunities in companies that are…

Clearly aligned with the Lifestyles of Health and Sustainability (LOHAS) market.

Based in the U.S.

Companies that are based in the United States.

Companies that are privately held.

Seeking an equity investment of $1-5 million. Crypto trading is another investment option that is proving lucrative for many investors. Beginners can use demo trading accounts to avoid risks in actual trading. Read the Trading Demokontos im Vergleich blog to find the best trading demo accounts.

If you represent a company that fits this profile, contact us to learn more or submit your proposal materials now. Todd Woloson became a Managing Director of Greenmont Capital Partners II in 2007 and represents the Fund on the Boards of Directors of Madhava Natural Sweeteners, Door to Door Organics, Inc., Uncle Matt’s Organic, Inc., and, previously, Eco-Products, Inc., prior to its exit to WNA in November 2012. Todd began his career with Proctor & Gamble in 1989, but soon became a serial entrepreneur. After graduating from the University of Denver Law School in 1994, he successfully completed an environmental service rollup, which led to a career as a venture capitalist. In 1996, Todd co-founded Canyon Capital, an early-stage venture fund. As a Managing Partner, he was intimately involved with the development of a wide range of software, Internet and consumer product companies. Also in 1996, Todd co-founded Global Education Fund (“GEF”), a non-profit organization building libraries in developing countries. To date, GEF has created 53 libraries and literacy centers in 21 countries throughout the world. In 2002, Todd co-founded IZZE Beverage Company. IZZE manufactures and markets a line of all-natural sparkling fruit juices available at Whole Foods Markets, Wild Oats Marketplace, Starbucks, Target, Costco and a wide variety of independent locations. Todd served as President and CEO of IZZE until its sale to PepsiCo in 2006 and was a recipient of the 2003 Entrepreneur of the Year Award by Ernst & Young. He received a B.A. degree from St. Lawrence University in New York and a J.D. from the University of Denver Law School. David Haynes became a Managing Director for Greenmont Capital Partners II at the time of its September 2007 inception and currently represents the Fund on the Boards of Madhava Natural Sweeteners and Door to Door Organics, Inc. For the prior 11 years, he served as founder and CEO of multiple start-ups in California and Colorado. In 1996, David founded AudioBase, Inc., a streaming media company located in Sausalito, California, and served as Chairman and CEO throughout his tenure. During that time, he raised $30 million from strategic and financial investors including Bay Partners, Mr. Charles R. Schwab, Hambrecht & Quist (now JPMorgan Partners), Sony Music Entertainment and Texas Pacific Group. David was responsible for recruiting the company’s Board of Directors including Charles R. Schwab, CEO and founder of Charles Schwab; John Freidenrich, founder of Bay Partners and Gray, Cary, Ware & Freidenrich; and the Board of Advisors including John Sculley, former CEO of PepsiCo and Apple Computers; and G.M. O’Connell, Founder and CEO of Modem Media. David sold AudioBase in 2002. From 2003 to 2004, he worked directly for Mr. Charles R. Schwab to research “edutainment” properties of children with learning differences. David went on to co-found Hybrid Energy Group in 2005, focusing on community-based renewable energy projects. Most recently, he served as an Entrepreneur-in-Residence at Boulder Ventures, a venture capital firm with $300 million under management. Prior to his entrepreneurial endeavors, David worked for Volpe Welty & Co., an investment bank located in San Francisco, and, earlier, for Raymond James Financial and Prudential Securities. He holds a B.A. degree from the University of New Hampshire. Madhava Natural Sweeteners is dedicated to bringing you the highest quality natural sweeteners on the planet. 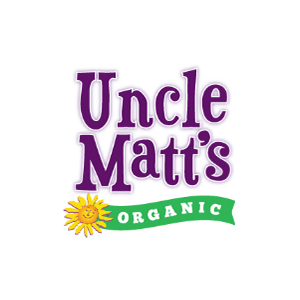